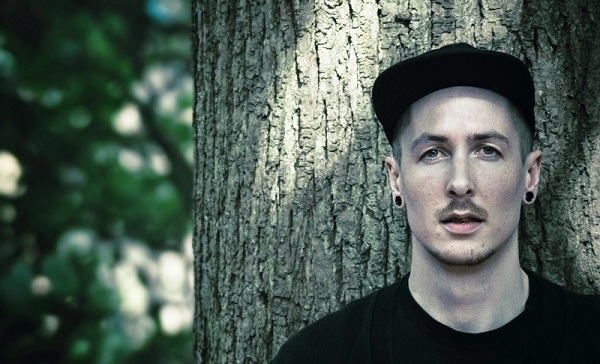 :: Our very first announcement of the new season! We are enormously excited to bring to you the news that talented guy from Shanghai is on this next journey with us; and you!

Arkaik is someone we have been hoping to work with for some time and now it’s finally come to be we are incredibly pleased. This producer has been grabbing the attention not only of Sample Genie, but of top labels such as: Dispatch, Critical, Flexout, Horizons and many more. He’s been steadily turning out tune after tune of superb quality, both in terms of flavour and technical finish. He has an open minded approach to his work, with lots of variety in his sound, but still with a really distinct feeling and driving energy underpinning it.

Something of interest to note, is how widely he has collaborated with other top quality artists like: Signal, Amoss, Hyroglifics, Axon, Ewol and again… many more.

Pete has a lot to bring to the project as a sound designer: cooking up lots of inspiring pieces of audio for our members; and so too as a tutor, showing you how to both make sounds in your own way and also give ideas on what you can do with those sounds when writing a killer track of your own.

So with great pleasure, this first announcement is one of six; as we officially mark the run up to Sample Genie season 6. Ding Ding!

We asked Pete a few questions ahead of next season…

So you live in Shangahi, Now? What led you to be based there, and what’s it like as a place to live? ?

What brought me over here was a job opportunity as the creative director of a research agency, visualising insights for some major brands, that was the main reason I decided to give shanghai a try. Shanghai is fast moving and progressing quickly so its nice to be in a fast moving city. The easiest way to explain China is what was easy in the UK is difficult here; and what was difficult in the UK is easy here.

How long have you been involved with D&B now?

I’ve been mixing Drum and bass since I was 15 – so that’s from 2002, ever since I got my first set of turntables I have been mixing and never really swayed to another genre. From around the age of 18/19 I was playing at local club nights and started playing on pirate radio (UK’s finest/Kane FM/Rude FM), I played & had weekly shows on various internet radio stations (Darkwax, Protocol, Wax, Rood) from there I began playing out more and got involved with therapy sessions and other club nights.

How did you move into production?

After being involved with drum & bass for some time I decided it was natural progression to want to start putting my own music into my sets. I lived with two other drum n bass heads so it was the right environment to start playing around with production. This was around 2008, when for me minimal drum n bass was at a peak (and probably influenced me with regards to what I wanted to produce). Around this time there was a gap in the market for making half time (there was already half time tracks about but not many producers fully pushing that sound) so I started writing weird half time tracks and had my first release on Different music.

How would you describe your ethos when it comes to making music, what kind of feelings are looking to stir up in your listeners?

My ethos when it comes to making music is different depending on the mood I’m in. If I want to make something for the dance floor I’ll go in with that mentality and start on the drums and make sure that the bass has the hook. If going for something more deep, I will generally start with the melodic elements and create a hook out of those before working on the drums or the bass. Most people will hear my tracks in the club so I really want them to feel the bass and have space in the mix for it to be impactful.

What are 3 of your favourite older D&B tracks?

Silent Witness & Break – Dog Soldiers (2008) This track was immense for its time and I think it was only available on their album ‘Hard Times’, every time I play it, it goes off, I remember mixing it out of 20/20 (Future Cut Remix) before Break some years ago and he tapped me on the shoulder and was like sick mix. The progression in this track is perfect and really takes you on a journey.

Alix Perez & Sabre – Old Flame (2007) When I first started mixing D&B I was all about the liquid and this was The pinnacle track; it was when Shogun were putting out fire week after week and for me this was the holy grail of liquid. Alix & Sabre’s sampling skills in their finest form.

Ed rush & Optical – Dozer (1998) This still kills sets today, Hard processed Beats & a monster bass. It’s a stand out track for funk. This for me really shows off what funk is within drum n bass.

And what can our members look forward to learning from you this season?

I will be talking about how I process my drums and how I think about my bass, when it comes to making dnb its all about having your own processes and your own way of doing things and then this will end up helping you craft a sound. I don’t use fancy plugins and still use the same set up I did when I started (different speakers and studio but same DAW)

Which areas of the samples are you most looking forward to making for us?