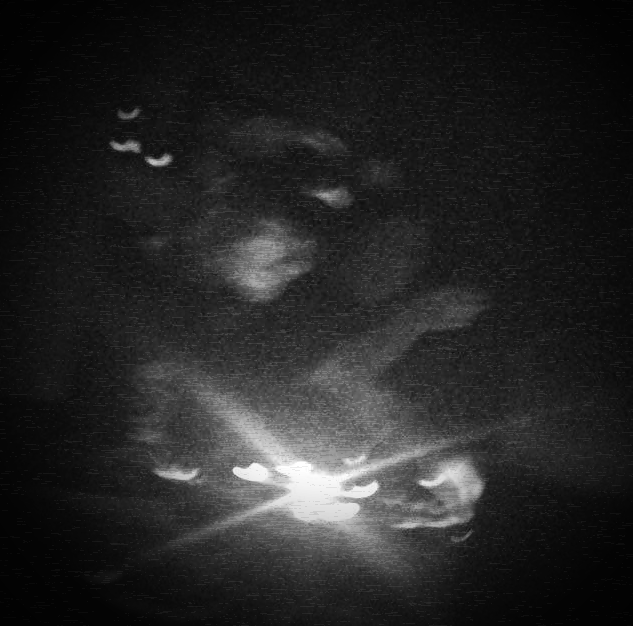 :: To officially mark the launch of the new Geniedubs EP, we’re here to introduce to its author – an artist we have got to know through our online forum community, where those in the know will remember the artist formally known as ‘6F7A’ 😉

We’ve watched his progress with great interest over the last few years; his monthly competition entries quickly caught our member’s attention, with great creative acumen and technical ability. He’s comfortable flexing his own style but with a clear set of influences behind it, and this made working with him on a Geniedubs EP seem like a great project; his sound feels different to a lot of what’s around at the moment. We’re always really excited by people who bring their own swagger to their music, to us, Fake, is doing just that. The jungle breaks and edited beats he uses compliment his choice of modern bass and sound design aesthetic – often not looking to overly polish certain sounds; instead keeping some rawness and attitude infused within the layers.

He’s also in possession of a great ear for writing progressive arrangements that mean you have to listen to the whole length of his tunes to get the big picture – something that is sometimes missing in today’s modern, DJ friendly song structures.

His sound is definitely diverse, but equally when heard in the context of an EP – or in a DJ mix – it’s clear to see what the Fake sound is all about: plenty of vibe, atmosphere and phatness, but at the same time being confident enough to use the space in between sounds as an element in their own right.

We think this guy has real potential and invite you to check out his music, show him some support and download these latest dubs as secret weapons in your sets.

We got the lowdown from Fake…..

Welcome to the Genie Dubs crew and well done on a wicked EP! How did you approach this set of dubs?

Thanks for inviting me!
So I really wanted to get a variety going across the EP to reflect my tastes. I listen to a huge spectrum of dnb and so get inspired pretty often to stretch out my production into new styles. As much as I enjoy modern neuro and minimal, I really love the older sound from breaks and jungle so I wanted to create some tunes that balance more modern production with some older inspirations to accompany some slightly more predictable current tunes.

Where are you currently based, and what is the dnb scene like there?

I’m currently based in the North of England, about an hour from Leeds. There are some really strong local promoters including License to Jungle, Central Beatz and Overflow so there’s a nice variety across drum and bass, we constantly have big names rolling through from Critical, Metalheadz, Exit Records to name a few. Bigger promoters like Jungle Jam and Subdub also regularly do nights, don’t know if it’s a curse or a blessing but there’s enough of a scene that there are clashes!

How long have you been making music for and what got you into it in the first place? Also what’s your
production set-up?

So I’ve played drums since I was 8 and started producing mostly ambient around 15, but it took me a quite a while to start making dnb. I’d listened to dubstep and some early dnb pretty casually, I remember finding EZ Rollers on the GTA2 soundtrack then getting Dimensions of Sound and being blown away, but it was the whole neurohop thing back in 2011 that really drew me into producing dnb. There’s something about the 100bpm range that gives tunes a real energy while having a lot more room for precision in basses to shine through. The sound design in general was completely off the scale of anything I’d heard before so I went looking for more and found really techy dnb. From there I started going out to a bunch of really varied dnb and jungle nights and it all just made a lot more sense on a big system with the right vibes. Since then I’ve been making all sorts of dnb on and off, I can comfortably credit Lamp Sessions (SampleGenie’s monthly production competition) for giving really firm deadlines that have helped give me focus to actually finish dnb tunes though. I get distracted very easily and go down weird signal processing rabbit holes so just having something to work towards has really helped! Production-wise I run Live 10 Suite using almost exclusively Ableton stock plugins, I used to use a lot of VSTs but I’ve found 90% of what I was doing could be done in stock using racks at less CPU expense so I just do that now. For monitoring I mostly use a pair of NS10 clones (SN10mk1) from Studiospares and a pair of Sennheiser HD280s for on the go. Neither sound particularly inspiring, but I find them very natural to mix on compared to more bassy alternatives. I also have a few MIDI controllers that I use mostly to play in breaks broken down into samplers.

What are your ambitions for the coming 12-24 months ahead?

I mostly just want to refine my production style, I feel like I still have a lot to learn in refining my sound design and arrangement and want to develop into my own signature sound. Having said that, I do have a pretty large and very varied back catalogue of material that it’d be great to get finished and out there for people other than myself to hear for a change! I’ve got some great collabs in the works with R4NS0M and Freeman too, both of whom I met through the Sample Genie forums. I’d never collaborated on a drum and bass project before, but I’ve found it very inspiring and have some great tunes in the works! I’ve also been working on a live setup which I’ll probably upload some performances to YouTube with. As much as I enjoy DJing, especially vinyl, I’ve found it really engaging being able to control music on a much lower level, playing in melodies or drums using MIDI controllers while having access to broken down stems spread over a mixer for smoother transitions.