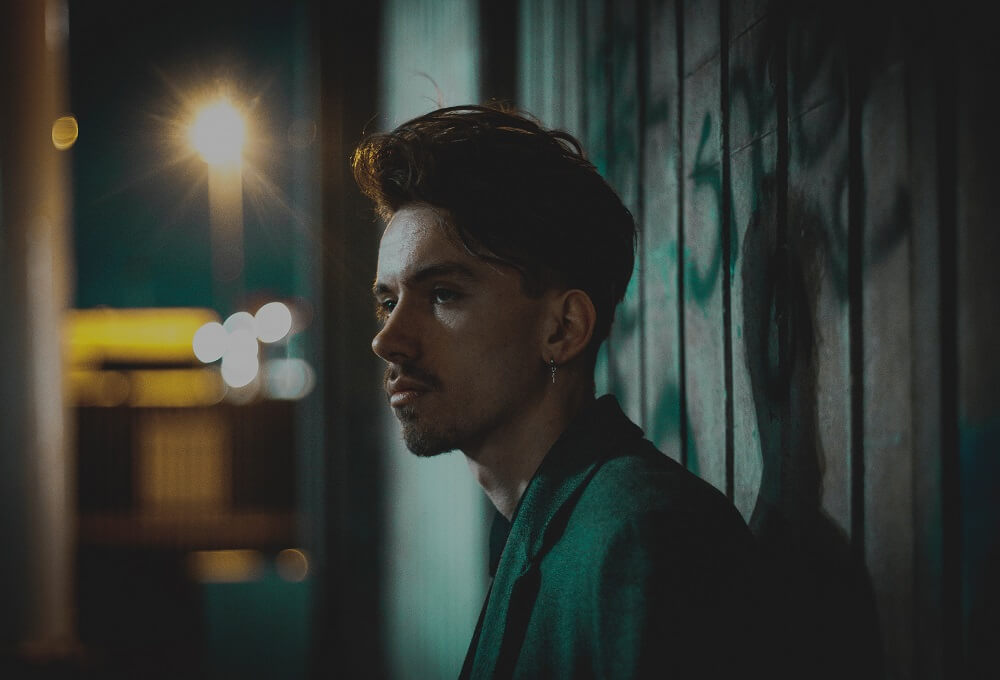 :: Announcement 2/6: Our second revealing of next years team comes in the form of something we’ve not done before… We actually made the call to work with Buunshin based almost entirely on recommendation, rumour and intuition. After a fortuitous link-up, and a big endorsement from someone in the scene saying ‘his sound design is phenomenal’ – it really baited our curiosity;  followed by hearing his as-yet unreleased debut EP, it was then clear to see what all the excitement was all about, and very quickly we were feeling the same way…

Buunshin (aka Ferry Mellegers) is currently studying Sonology at the Dutch Royal Conservatoire in The Hague, Netherlands, so is somewhat of a scientist of sound when not writing tracks to tear up the Dancefloor.

His debut EP ‘Presence’ recently came out on DIVIDID, and has been receiving plays and support from A-list names such: Noisia, Ed Rush, Phace, Camo & Krooked, Mefjus, Signal and many more. He’s recently been in the studio together with Phace and there are also whispering’s of him working on a remix for Noisia, but with no further info possible at this stage!

So by now, it’s probably clear to see what all the excitement is about, and why this forthcoming year is an amazing time to have this talented producer on our team. His contribution to the sample pack will bring only the most high quality and cutting edge building materials for our members to get creative with; and his tutorials will be journeying deep into the world of advanced sound design…

Needless to say it’s going to be a very interesting and very inspiring year ahead!

We caught up with Ferry for some pre-season questions:

Firstly, welcome! It’s great to be working with you! You have a very technical sound… What’s your background with music and how long have you been writing it now?

Thanks for having me! Yes, it’s true that I very much like the technical aspect of sound. For a long time I had pretty much no knowledge about music, but I’ve always been interested in science and art. About 3 years ago a good friend of mine introduced me to music production software and I was immediately hooked because it’s a really nice blend of having to think technically and creatively. About a year and a half ago I started writing D&B because I was up for a challenge, and felt like it was the best way to improve my skills in music production.

You’ve exploded out in a pretty unusual way, working straight away with top labels and have some big projects in the pipeline. How did some of this come about? And what advice can you give for people looking to enter in the impressive way you have?

I think the biggest reason why this happened is that I put in a lot of hours in the past years. Besides that, I never really felt like it was necessary to post stuff on Soundcloud before the music was on the quality level I wanted to achieve. When I got in touch with DIVIDID we gradually started working together on building what I learned so far into a final product. The best advice I could give to people who would want to achieve the same is to be very patient and work very hard. Analysing everything to try and figure out why things work the way they do is crucial!

So you’re based in the Netherlands? This is one of the main D&B capitals of the world, no question.. How would you describe the music scene there, particularly the D&B side of things?

The scene over here is a blessing. There are many club night events with a line-up as if it’s a weekend festival, but also a lot of cool small underground events with chilled vibes . There are a lot of venues with great sound, and a lot of people who purely come to support their favourite artists. Because the scene is so lively here almost all the artists you could think of visit once in a while, so you also have lots of opportunity to hang and have a chat with people you’d normally only speak to on the internet. I really couldn’t ask for more! 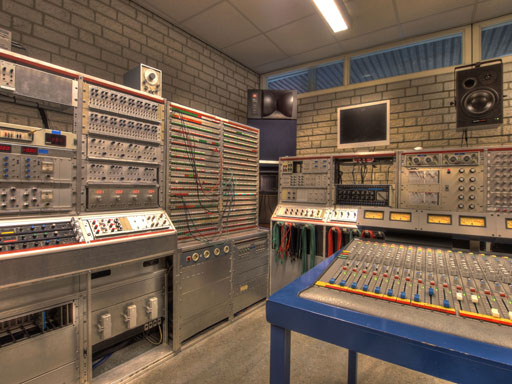 The entire Presence EP was produced on a laptop with a pair of Audiotechnica m50x headphones. When you really get to know your headphones they are in my opinion a more reliable source than monitors in an untreated room. Sometimes I book a studio at my university to see how weighty my kicks and subs are, but that’s mostly just to check whether the estimations I made with my headphones were right. My favourite studio there is the analogue studio (pictured right) which has loads pieces off cool equipment, many of which have been built by the students themselves since the 1970’s…

What influences do you draw outside from Drum & Bass? Where do you find you get your inspiration?

I study at Sonology at the Royal Conservatoire of The Hague. It’s a study that focuses on the technical aspects of sound and it’s relation to physics and programming. Rather than implementing this knowledge based on traditions we humans have set for ourselves in western popular music we try to do things which have not been done before. This leads to very experimental results, which are really inspiring. Other than that I listen to a lot of music that focuses on character and vibe rather than mixdown. This can literally be anything as long as it’s well executed, because there is something to learn from any genre. A couple examples: Burial, Lorn, Arigtou, Vague001, Lapalux, Alesia, Mike Sheridan, Throwing Snow, Point Point, Flukeluke, Mr. Carmack, Slipknot, Aethek, Zes, Jai Paul, Thinnen, Vacant, Woulg.

What are three of your favourite tracks of all time?

Saying something like this feels like getting a tattoo hahahah. My opinion will surely change at some point but currently it I’m going for these, because I just really like reeses.

In terms of studio tutorials, what skills do you think you will bring to the team this season and what can we look forward to learning from you?

Since I have mostly made my music in isolation I’ve developed some pretty unorthodox methods for sound design and mixing which can be applied in any DAW.  I like being efficient, so I will be showing some techniques which make composition more straightforward and productive. Since everything revolves around how to implement sounds I think I will also talk about how you can make it so the process of sound design, composition and mixing complement each other.

We’re very excited to hear what you deliver in terms of samples, what can we look our for?

I will be designing many samples generated and processed around my preferred aesthetic. It will mostly revolve around making a balance of digital techy sounds and acoustic sound with a lot of untamed character (yes). These will either be produced in the DAW, generated in a programming language called Supercollider, created using the analogue lab (picture above) or recorded with a handheld field recorder…

SO YOU HEARD IT FIRST! SAMPLE GENIE SEASON No.6 KICKS OF FROM 2 -7-19
Five more BIG announcements coming soon!!