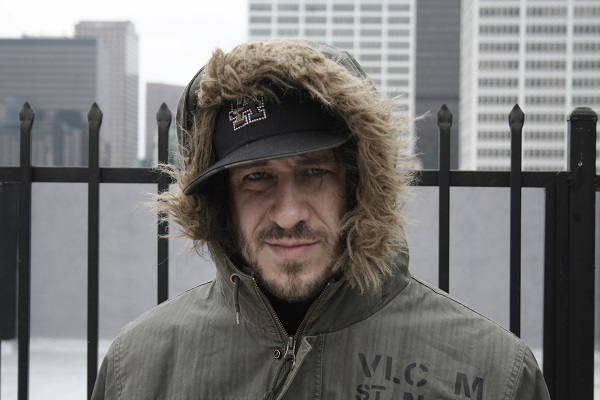 :: Announcement 6/6: There was a real touch of fate and fortune in this addition to our team. The opportunity to work with Gridlok presented itself out of the blue. Soon the dialogue was moving, and we are now incredibly excited to be able to let you know officially, that Ryan Powell AKA the mighty Gridlok will be working exclusively with us as a Sample maker and tutor over the next year.

Usually at around this point in the article there is a list of labels that the artist has releases on;  however with this individual there’s no need to write it down. Firstly it’s too long; so many labels…. and secondly….. it’s Gridlok. His career spans over twenty years, gaining him the attention of his peers, with household names such as Shy FX, Pendulum, and Dom & Roland all lining up to work with the American producer. Acknowledged by artists in and out of Drum and Bass, Gridlok has put his spin on other genres, remixing for the likes of electronica giant Josh Wink and so too with the house legend Sasha.

He has his own imprint called Project 51, running since 2003 and home to music from artists such as: Hive, Optiv, The Upbeats, Vicious Circle, Cern, Bulletproof, Prolix, State of Mind and many more. It also, of course, features works from the man himself including his incredible album ‘Break The System’ which contained classic Gridlok filth such as Bottom Feeder and Hollywood (feat El Hornet).  Just as one special additional mention: we also have this man to thank for his timeless addition to the Drum & Bass archive in the form of Standing Room Only quite possibly the most revered collaboration to date: Hive & Gridlok, Feat. D-Bridge, Break & Silent Witness working on one record to create something truly magical.

What makes this so special for us, is the fact that even with such a long and distinguished career; this is to be the first Sample Pack release from Gridlok, and also the first recorded tutorials too. So it comes with enormous pleasure and anticipation to bring this official news to you….

We caught up with Gridlok for some pre-season questions:

How long have you been writing Drum & Bass? And how did you move into doing it? Presumably back in the day, and especially over the pond, the scene was smaller than it is now – how did this impact learning the trade and meeting people?

I started producing drum and bass in 1998 after spending most of my life playing traditional instruments and learning how to record them. I always had this struggle of loving traditional guitar rock and also being really into unconventional genres that I was being exposed to like industrial, hip-hop, trip-hop, and breakbeat. As far as breaking into the scene we’d have to do a documentary about that or something to fully explain it hehe. I thought for a while about how to answer this and the truth is its a long journey with these certain moments where things take a kinda obvious turn. You have to find a way to keep going forward long enough for those moments to present themselves.

What’s your current set up?

Right now I’m producing in Cubase 9.5 on a new school 12 core Mac Pro. I have my trusty Aurora Lynx for conversion and a Dangerous D-Box for mixing and monitoring duties. Monitors at the moment are Neumann KH-310a and the tiny Adam A3x. My processing rack has become very minimal since moving to the Netherlands. Currently it consists of a Vintech x73, 4 SSL X-logic VHD pres, Avalon 747sp , Eventide DSP7000, and Lexicon MPX-1. Synthesizer wise I really scaled down on vintage as I was afraid of having broken vintage U.S. gear in Europe, so I’ve gone for modern reliability. Arp Odyssey remake, Novation Bass Station 2, Dave Smith Prophet 08, and a Studio Electronics SE-1. For microphones I’ve again gone real minimal just 2 mics of 2 extremes: Shure SM-57 and a Neumann U87. I do have a pretty overloaded collection of pedals and stuff but I still find uses for em and can’t bare to part with them. Can’t forget the good old Roland Space Echo as well. Mine is a 150, so no verb: but the delay is all I want. That should be almost everything at the moment!

In terms of software, what piece of gear gets you excited in the same / similar way that hardware can, in terms of the sounds it creates or processes?

I use tons of plugins and I feel that way about loads of em. I guess what i get excited about in software is mainly sound creation as opposed to mix processing. I really prefer the sound of my outboard for processing since I am almost always going for extremes. Plugins that model analog stuff, for example tend to mainly work in, what I guess you would call the “normal” range.

What were your musical beginnings, or rather what were you listening to a lot of before the d&b sunk its teeth in?

In terms of D&B classics? What are three of your top tunes (from any era)?

THESE albums are the ones for me.

What can our members look forward to learning from you this season in the tutorials, what areas do you feel have something interesting to show?

I want to hear more of that organic funk with a hard edge sound kinda thing I like, so I’m going to attempt to help decode it a bit. I’ve never shared my techniques with anyone outside of my collaboration circles really so this will be interesting I hope. I plan on getting a bit more onto vibe and mindset and approach to making a track as you can look on Youtube for days about how to do any little technical trick you can dream of. I want to share my vibes and hopefully help others to find theirs.

And lastly In terms of samples… what should we be looking out for?

I have been thinking about this every day since agreeing to this project. Obviously I’ve used TONs of sample cds, packs, presets, roms, whatever over the years. I don’t aim to give an instant hit toolkit or set it and forget it palette of sounds that are just guaranteed to set your career into high gear. I think what I’m going to do is again, focus on vibe. If you have a sample of a break and its eq’d with tons of highs you get this certain emotional reaction to that. When you get a break with this really phat kick drum and chunk to the cymbal, warmth to the snare, it inspires you to make a more minimal effective tune with nice overall warmth to it. I feel like dnb drums lately have gotten away from this warm kinda meaty street sound so I definitely want to put some of that in there. Good 1073 bass boosts on the kick and a nice clean re-sequence of some classic breaks that will remind you a lot of my sound and some of my favorite vibes. That’s just for the breaks, obviously there is going to be tons of pads and bass hits and everything else. I’ve set myself up for a challenge, let’s see how it goes!

SO YOU HEARD IT FIRST! SAMPLE GENIE SEASON No.6 KICKS OF FROM 2 -7-18
Our team is now complete and ready to roll, the question is: are you…