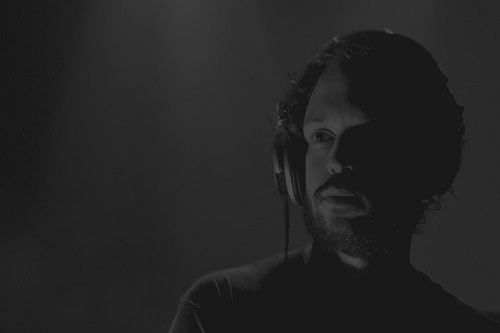 :: Announcement 5/6: As you may know we are always keen to work with artists more than once, which is why the extraordinary talent of Evan Vischi aka HYBRIS, is gracing our roster for this new forthcoming season… he was part of the very first year of Sample Genie, and now, five years on, he’s back; but with even more sonic capability than before (if that’s even possible).

Although he’s been writing amazing music for a number of years, Hybris first really exploded onto our radar when he dropped his super fresh Crystalline EP on Noisia’s Invisible label back in 2011. Since then he has continued to release mind bending tracks with pretty ferocious regularity. Including music on Blackout, Dispatch, Metalheadz, Subtitles, Project 51 and also housing his incredible LP Emergence on Invisible in 2014. Since then he’s collaborated with Noisia and Mefjus on the insanity that is Reptilians, and continued to turn out incredible single and EP releases elsewhere, all the while working hard as a DJ too.

He now has his own exciting label established called Pseudoscience, and we are watching very closely… Evan is a truly exciting artist, and talented technical producer, which is why having him back on board for another season was an absolute no-brainer. Lots more badness from this man incoming…. you have been warned!

We caught up with Evan for a few pre-season questions:

First off, It’s really great to have you back on board: it seems like just the other day we kicked off Sample Genie season 1, and you were part of that team… in reality that was 5 years ago now! What has this period of time been like for you and has your view of music and sound design changed at all?

It certainly does! The last five years have been amazing, I’ve been working hard on music the whole time, and feel like I’ve made a lot of progress in terms of sound design. I’ve more or less mastered a few soft synths, found the tools I really enjoy using plug-in wise, picked up a couple of super inspiring toys, and moved into a decently sound treated studio with a massive subwoofer – in a terrifying building.

Your music has definitely been pushing boundaries, presumably many of them your own boundaries too. Would you say you’ve always tried to experiment and do new things, or is this an ethic you are currently exploring even further than before?

I’ve really decided over the last couple years that I’m only going to do what I want musically, for better or worse financially, as I can’t waste any time making music that I don’t fully love. I don’t feel like I’ve made any music that I hate, but I feel like sometimes I’m tempted to make things to impress others, and that can be a bad influence sometimes. So I’ve started my own label and stopped really giving a shit, and I’ve never felt better about making music. These days I really experiment a lot more with sounds and churn out samples before committing to an idea, whereas in the past I would pressure myself to move forward with the tune, regardless of how strong the initial idea was. Now, if it’s not a strong idea, it’s getting scrapped for samples, and I’m moving on.

How much time do you spend on music a day / week? Or does this vary a lot? Also do you find you are more productive at different times of year or not? For some reason cold dark nights seem to suit the often mysterious feel in your music…

I try to make it into the studio every day for at least an hour or two, sometimes many more than that if I catch the right vibe. And yeah, I really feel like shitty cold weather is perfect for production, but I prefer when it’s cold enough to be depressing, but warm enough to comfortably walk home from the studio. When it’s too hot, it’s unbearable, and when it’s just right, I feel highly tempted to hit a beer garden. So I suppose mediocre weather is optimal for production, and luckily we’ve got plenty of that here in Prague.

Your music has a super clean and defined finish to it. How do you get that sound that’s so loud and clear, yet minimal at the same time?

I think it just sounds clean because I work for so long on it and really hone in on what is essential and what’s not, sonically, and idea-wise. I’m also just a sucker for little, rapid fire, glitchy drum stuff, so I make that a lot, and I feel like it’s something that must be done clean and tastefully or else it’s just noodling. I used to make it super minimal because that’s all I could confidently say sounded good on my old monitors, but now that I’ve got decent monitors and a decent room, I try to keep things super clean, but with a good bit of fatness and body, which turns out to be a much bigger challenge than making everything really small sitting on top of a huge sub.

So your label Pseudoscience has an incredible(!) artist EP about to drop. The whole thing is a work of art. What are your plans for the label and would you say there is an ethos for what you’re looking to sign from other artists, or is it a bit more nebulous than that?

Thank you! I’m very proud of what MVRK has done and super happy to be releasing it on the label. My plans for the label are to release my own music and other dope music if people send it to me, and that’s really been the whole idea all along. For a while I wasn’t really sure I’d release any music by anyone else, because I wasn’t getting much that was totally hitting the spot. Apparently MVRK heard me say exactly that in another interview, and decided “Fuckit, I’m gonna be the first,” and he totally killed it. If anyone else sends me some genuinely dope shit, I will sign it without a doubt. It’s not especially easy to attract those sorts of tunes as a small and relatively new label, but I’m not gonna release anything less just because it’s more difficult to find, I’m a very patient guy.

What can our members look forward to learning from you this season in the tutorials, and would you say since the tutorials you did for us 5 years ago you have advanced your knowledge of sound and how you understand its production?

I think what I know tons more than I did five years ago; just a question of what to focus on! Five years ago I really used very minimal plugins, a lot of weird stuff, and focused a bit more on sampling than synthesis. These days I synthesize most sounds, then mangle and re-sample them in a variety of ways, and I’ve built up an arsenal of some very interesting tools to do so. So as soon as I get to making the tutorials, I’ll probably get into a good bit of all that…

In terms of samples… what should we be looking forward to ? What areas are you most excited about bringing the freshness to?

I really been enjoying making the bass samples for this pack, as I mentioned I recently bought a massive subwoofer, and I really enjoyed getting super precise in the low frequencies. I’m also putting some serious work into the pads and fx, and I honestly didn’t want to give away some of the drum breaks I ended up making, because I feel like in the process I broke through to some new levels on the Octatrack and OP-1. I’m genuinely proud of the whole pack, so I hope people enjoy it.