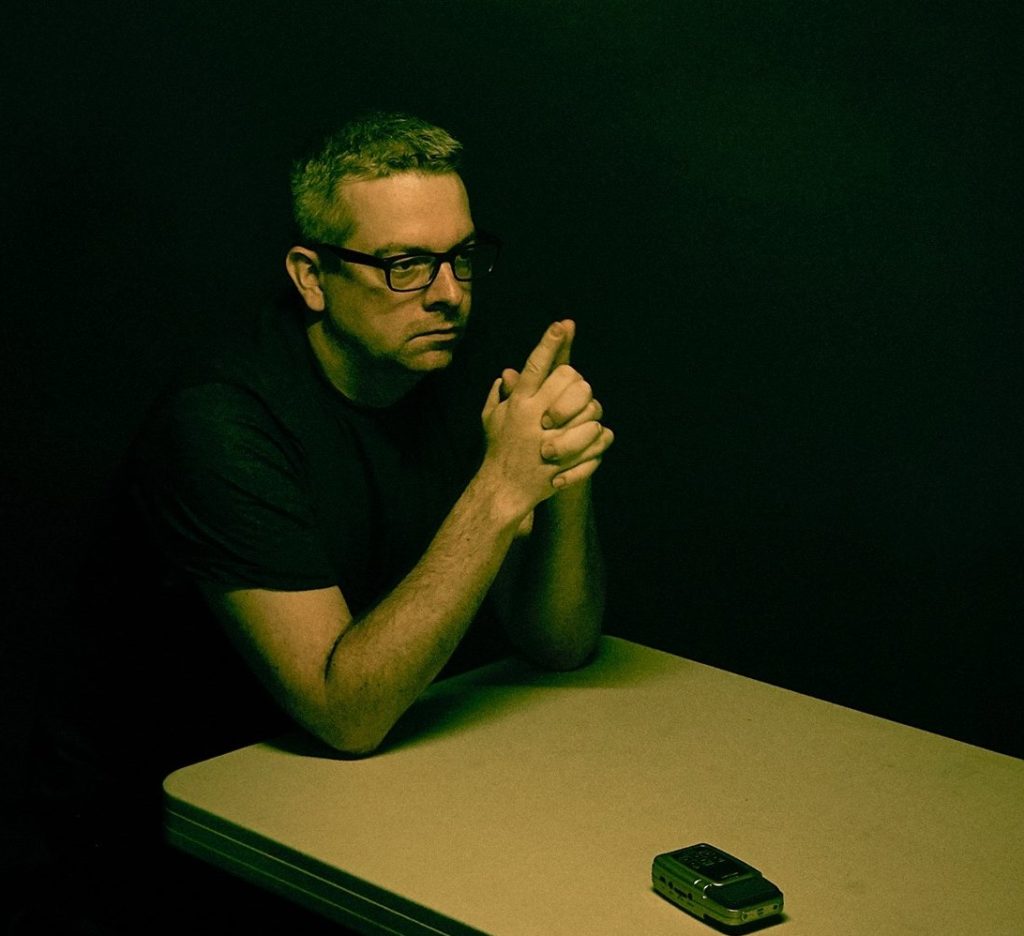 :: Announcement 3/6: For our third reveal of the forthcoming season, we are incredibly pleased to welcome back an old friend of the project, Paul Bondy aka the illustrious Insideinfo….

Paul is, to us, a legend of the scene and in so many ways a producer’s producer. He’s an artist who never writes the same track twice, yet somehow seems to have an incredibly distinct sound; both in terms of musicality & the technical finish applied to it. His tracks are phenomenal to hear on a big sound system too, as they always seem to take on a whole new life and meaning: enormous low end power and energy reveals itself to be locked into the construction.

Clearly, Insideinfo is an accomplished solo artist, currently with an Album to his name and number of EP’s, singles – in fact, too many to mention – across a whole host of labels namely: Viper, Critical, Virus, Ram, Lifted, Blu Mar Ten, Renegade Hardware..

Aside from original works both by himself and as one half of the formidable duo ‘Circuits’ with Kasra, Paul has remixed a lengthy list of big tracks – to name just a few: ‘Gambino’ by DC Breaks, ‘The Truth’ by Kyptic Minds, ‘The One’ by Mampi Swift and more recently The stunning ‘Every Minute’ by the Brookes Brothers. It’s this history of working with other artists’ that make him such and interesting and exciting addition to season seven – brimming with techniques, working knowledge of the dancefloor and a brilliant technical mind, Insideinfo will be dropping some seriously cutting edge business in the coming months…

Needless to say it’s going to be a very interesting and very inspiring year ahead!

We caught up with Paul for some pre-season questions:

Firstly.. welcome back! It’s brilliant to have you have on the team. Your work on season two was top notch. Since then would you say your techniques and approach has changed and developed? And if so in what ways?

Thank you! Well its probably changed a fair bit since then, although some remains the same, I like to always explore new ways of doing things to keep it interesting, some techniques are tried and trusted though! Ive acquired a fair bit of hardware since the last time and that certainly keeps me experimenting more than I used to…

You have a long and impressive back catalogue as a solo artist, so you are obviously very comfortable writing tunes on your own. How would you say working as part of the circuits duo differs from sitting down by yourself and getting creative, is your brain engaged differently?

Its very refreshing, I’ve collabed a lot over the years and always loved it, always wanted to work with someone more regularly on something. Its just great to have someone to bounce off, go back and forth and get inspired by another persons ideas. Totally refreshes the mindset when being creative and just makes the whole process a bit more rewarding sometimes.

Can you describe a definition or distinction between the Insideinfo sound and the Circuits sound??

Hard to say what exactly, I would say Circuits tracks are perhaps more Raw, Stripped back to the core, but not always, it depends on the tune. Obviously the main distinction would be 2 minds coming together as opposed to one. I do try to think differently when working on Circuits stuff but techniques and ideas do carry over to both.

What’s your current studio set-up and how has that changed over the years? 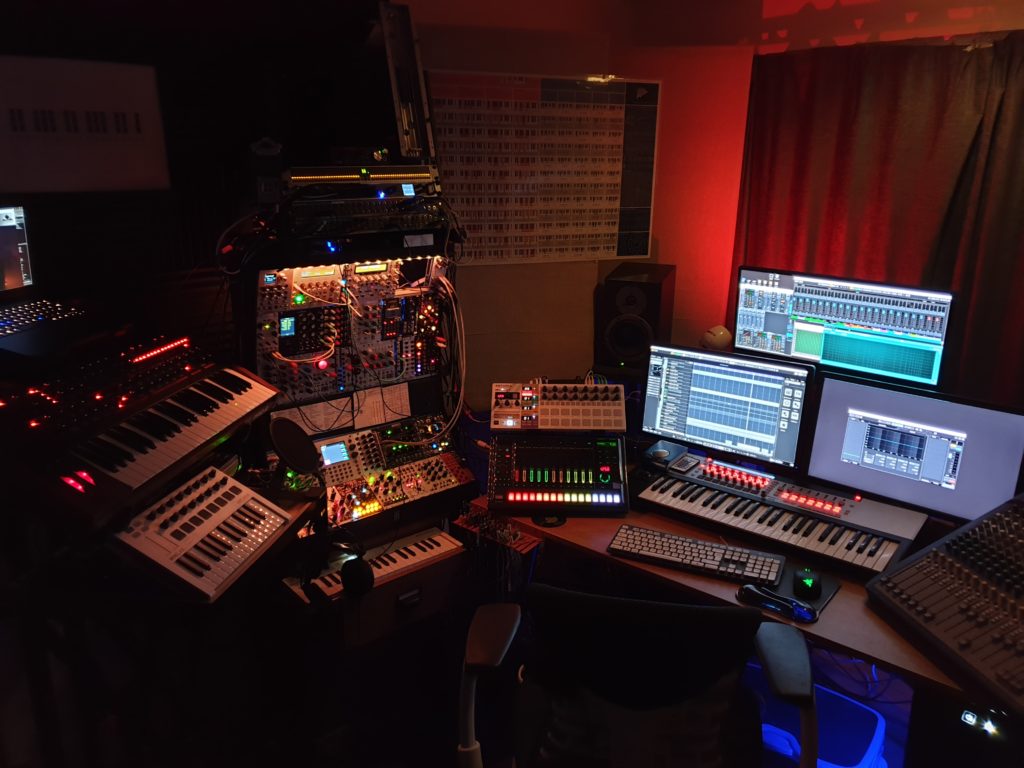 Well I’ve now got quite a bit of modular gear, A Dave Smith Pro 2 which i’ve had for a while and I reintroduced a mixing desk into the fray, which has really opened up a lot of possibilities! I love using external FX and filters to mash things up, very big fan of the hands on tactile approach you get with hardware, feels more like an instrument than a machine, also I tend to get way more creative this way and by having unlimited routing options you get all kinds if unexpected madness happening which when captured can be amazing and spawn loads of ideas! Ive geared my setup more towards capturing human performance and feel with sounds, as opposed to tweaking perfection within the box.

You have been in this game for a minute now, and will have seen trends come and go (and stay)… do you have any predictions for where it’s heading in the coming years?

In terms of production gear etc: I think we will see tighter integration with hardware, as new manufacturing standards and forms of communication with gear become more prominent. There are smaller manufacturers making incredibly innovative stuff that will continue. Probably going to see a lot more small quirky weird synths cropping up too.

On the dnb side of things, I really have no idea!

Outside of the D&B universe, which artist’s and sound designer’s in particular really blow you away or inspire you?

I think the sounds in Leftfield’s tracks, particularly on there 2nd album really inspired me in the early days, loads of deep chords and distorted basses and incredible pads. Can’t really single out a track just listen to the whole of Rhythm and Stealth.
Artists that certainly inspire me sound design wise; Lorn, Koan Sound, Culprate, Tycho. + Loads more!

In terms of studio tutorials what do you think you can bring to the team on this season and what are you excited to help people with / teach them?

I’m going to focus on being tactile with sound design and inspiration, how to make it more spontaneous and interesting. Less staring at a screen focusing on numbers and settings, more creating scenarios where interesting things happen…

We’re very excited to hear what you deliver in terms of samples, You mentioned your journey into the analogue and modular world, this is exciting for us! What can we look forward to in the realm of samples and what is going to make your sounds stand out do you think?

I’m probably going to exclusively use this stuff for the samples, I would say expect weird textures and musical parts that aren’t too over produced and clean, more raw, gritty and interesting.

SO YOU HEARD IT FIRST! SAMPLE GENIE SEASON No.6 KICKS OF FROM 2 -7-19
Three more BIG announcements coming soon!!