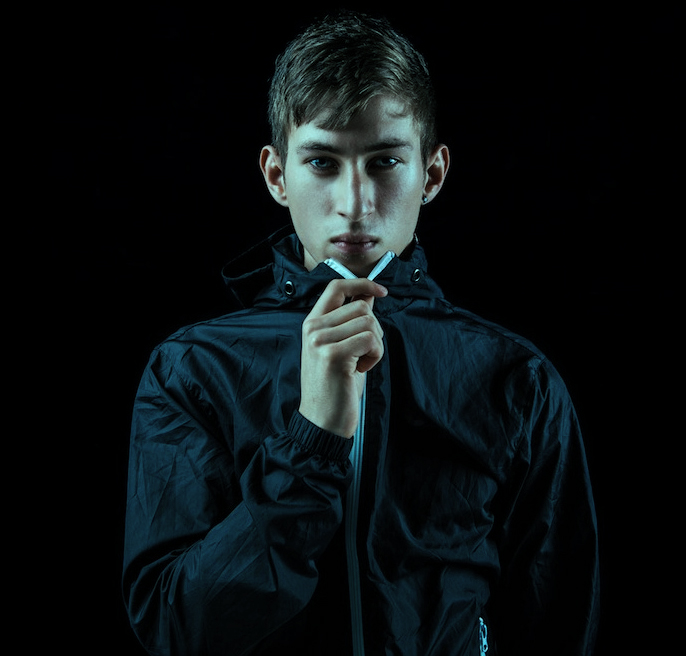 :: Our fifth announcement of the new season…. the phenomenal talent of Joe Ford is on board!

Fresh, exciting, powerful & baffling are all words that to us, describe Joe’s music perfectly.

Widely regarded as something of an anomaly, being that he burst onto the scene at a young age – and did so capturing the attention of the long standing Gods of the technical realm. Spor, Bad Company, June Miller, Noisia all supporting his music. Now signed to Shogun Audio, he definitely holds his own space on Friction’s legendary label. With big projects coming in the pipeline for him, it’s a very exciting time to have Joe on board.

As always, we have a good chunk of this next season dedicated to the intricate, obsessive and technical side of making modern Drum & Bass, as it’s from this still-bleeding edge that we feel the biggest advancements in sonic possibility seem to come from. Joe has a fairly rare ability to combine the near atomic level of accuracy in production with excellent musicality and sound design. This is just one of the reasons why we are INCREDIBLY excited to be working with this artist, exclusively over the coming year. Big tings coming your way!

We asked Joe a few questions ahead of next season…

How did you move into production? Also what was your first set-up and how does that differ from what you have now?

I was heavily musical from about the age of 10 when I picked up the drums, I was in and out of bands as a kid through secondary school. At that school we would play about on logic every now and then as part of certain music modules – I would eventually get some software myself at about 17. At that time my friends weren’t particularly interested in investing time into production, they are now though!

My dad got me a copy of Cubase as Logic was no longer available for PC. I ran it on a mid level computer that me, my brother and dad had built for gaming – totally did the job! In terms of speakers I think I used some old Hi-Fi ones that my dad had kicking about. Honestly I still work on pretty much the 2017 equivalent. I have a mid-level gaming PC and run cubase with a pair of decent headphones, I like keeping it simple.

How Much time do you spend on production each day or week?

I try and do at least 8 hours a day mid-week, usually I’ll be away on the weekends for shows so that’s pretty much a write-off production wise, certainly since my macbook died 🙁

In terms of the technical’s what impresses you personally when listening to a track?

The more my ear develops, the more I can really appreciate a good mixdown, and so does the layout and separation of individual sounds or instruments. My biggest thing though has always been an amazing bass sound, il rewind tracks for particular moments and listen 3-4 times before moving on. And thirdly, I’m a sucker for a really tight drum transient, Mefjus/June Miller/Noisia/Spor/Break (the list goes on and on) etc have some of the tastiest drums ever, so that’s something I listen out for.

What are 3 of your favourite older D&B tracks?

Unfortunately my knowledge of D&B  pre-2011 is very very limited so this answer may be lacking a bit:Noisia – Block Control

(Sorry to have 2 Noisia tunes but, come on.)

Have you learned skills from online tutorials, or have you gathered info from other places too?

That was never really my approach to be honest, there’s tonnes of relevant info out there but I was too impatient to sit through videos (which is ludicrous because I would have been saving so much time, as opposed to just using trial and error) I would always start one then get bored and go back to my DAW.

I had a few mates who were into production but nobody really took it as seriously as me so it basically came down to me grinding at it.

Do you use sample packs in anyway, and if you do, have the been helpful?

I did for years, the Deadmau5 packs and the in-built logic samples were key to building my sound initially. Over the years though I’ve learnt enough to generally achieve the sounds I want through layering of previous samples and synthesis, however when it comes to laying stuff down really quickly or analysing sounds and working out how to get them yourself Sample, Packs are crucial – certainly in the earlier days.

What area of expertise will you be bringing to the team this year and what can our members expect from you?

I’ve been sat at my computer pretty ceaselessly for about 6-7 years now working out how to build bass sounds, drums, and fx so I’ve not only picked up various ways of achieving these sounds, but how to go about it efficiently too. I hope with my style of production I will be able to provide unique sounding bass sounds and tight drum hits for your use, I’m particularly excited for this project in that It’s my first Sample pack available to date!