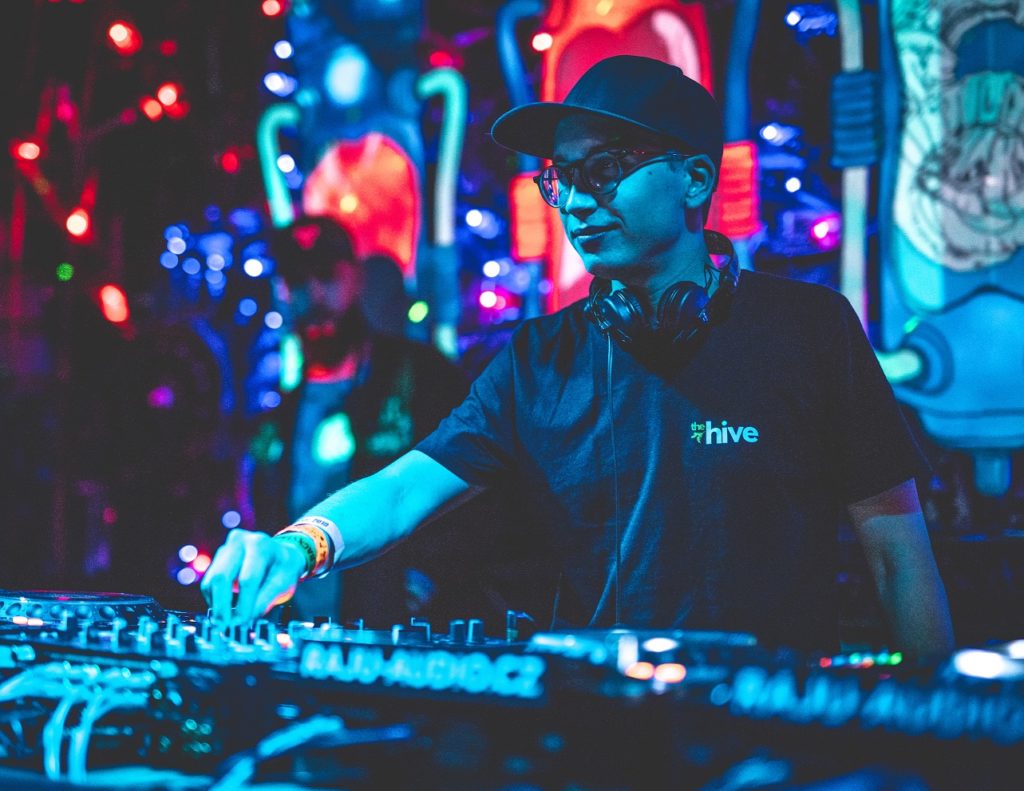 :: Announcement 5/6: Bringing some fresh futuristic vibes and unique sound design aesthetics to the new season we are totally stoked to have Mário Dočekal AKA Subtension as part of team of sample makers and tutors…

We’ve long admired Subtention’s work – always combining technical precision with a track that really says something; whether totally minimal and weirded out on freakish sound design, or something more stripped back and musical, each tune of his seems to have a unique identity: this is why we feel having him on the team for the new season is an inspiring prospect!

Mario has his music out on many reputable labels such as: Ram Records, INVISIBLE, Flexout, C4C, Critical, Med School and Samurai Music – such diversity is testament to the range of skills and vibes he’s capable of. The other exciting aspect about him joining is that he has experience as a teacher of music technology – so for all the reasons mentioned above, we are delighted to welcome Subtension to the Sample Genie team for the next year.

We got the lowdown from Mario in some pre-season questions…

Welcome to the new team Mario! We’ve been a big fan of your work for some time, you have a really original and fresh style, not easy to achieve! How did you come to find your sound and how did it evolve over time?

Hey guys, thank you! I am a big fan of Sample Genie as well!
For me, it was always a primary goal to do something differently and achieve an original sound. I listen to a lot of different genres of music. Sometimes it helps, sometimes it’s much harder to do emulate into a DnB format. When I started the Subtension project, I was really inspired by the sound of Amon Tobin (and I still am), as well as other experimental artists. I followed Ninja Tune & Warp Records and I guess that was the origin of my sound in the beginning (For example the tune ‘Breaking Point’). Back then, I used to think about over-complicated processes and ways to achieve a particular or original sound. Later, I realised it’s not very effective. Right now it’s more about simplicity, before I was attempting something as ‘difficult way to simplicity’. Now my music is more influenced by techno. I would describe my sound as more straight forward, more groovy, less broken beats. Also I started using more simple synth sounds instead of complex basslines & sequences. Straighter grooves also wor better on the dancefloor.

I started producing in 2009 with my friend Minor Rain. formed a duo called soundNbeats and year later we released our first release on The Factory Recordings. After three years working together we split in two projects. So in 2012 my own project ‘Subtension’ was born. I guess that was also the first success as my tunes were signed on Samurai Music & BTK’s Dutty audio. At that time I had some idea how my music should sound and I guess I was satisfied at that point. But as always, over time your own bar is rising and you are never truly happy. That’s the main reason why my sound evolved.

You’re based in Slovakia? How is the Drum & Bass scene there and the electronic music scene in general?

Yes, I live in Bratislava. I think that the drum & bass scene is pretty good here. I am in a local legendary Drumatique crew, which has been doing dnb parties since 1996. We have also a few producers worth mentioning (Smote, Changing Faces, L Plus, Trilo, Minor Rain, B-complex…) I am playing quite often in my homeland or in Czech Republic. It’s also good that Vienna is less then an hour from Bratislava and Budapest is about 2 hours where drum & bass is also very popular.

You seem to work with lots of different labels, rather than signing to one, do you feel this gives you more freedom?

Yeah, it’s mostly about musical freedom as I never know what I will come up with. But let’s see what will happen in future. I would like to have constant support & strong connection with one brand. It definitely has more benefits than switching between labels. But that also needs strong consistency from my side, which is not always achievable as I have a day job & some side jobs too. And of course there is constant battle with waves of creativity and droughts!

What’s your current studio set-up and how has that changed from when you first started out?

Right now I am working in a studio which we also use for teaching purposes in our DJ / production school called LFO. So there is a bit more equipment as I would need for my production. 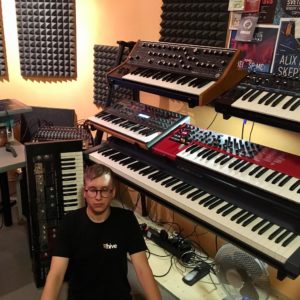 I use Ableton Live as DAW, Neumann monitors and UAD AD/DA. My fav synth is Moog Sub37 (it was my first) and I love how user-friendly it is. Recently I sold my Virus Ti2 and Nord Lead to get money for the base build of a modular system. Advantage is that you can design really your own synthetiser from your favorite modules. BUT… All this hardware stuff is mostly about changing the PROCESS of making sounds & music. You always have limited options in the analogue / hardware world. Nowadays all you need is laptop, a few vst’s & decent samples and studio monitors or headphones to do high quality production. And that’s basically how I started.
Also instead of modular synthesis you can use Max for Live and options are unlimited. When you are tired of clicking with mouse and gazing at LCD, then go for hardware or modular 🙂

In terms of the sample pack contributions for the new season, which departments are you most excited about making and what kind of ethos have you been approaching the sound design for the pack as a whole with?

I’m making some FX’s and percussion which could be an interesting element for other producers…
I’m having a lot of fun with bass sounds as well. I think there is something in each type of sound. You know – bad sound does not exist, you just need to put it into the right context.
During the process I’ve been playing with my modular synth and recorded it as this is a whole new workflow for me. It’s like hands-on manufacture. And of course I used some processing afterwards to make it clean. Also nice was using Roland TR-8S drum machine with distortion & other FX in chain. This is a really fun way of searching for grooves. And then just lot’s of work with software, layering etc. as I do usually. Also there are some drums from some of my already released tunes (you just need to decode the name of the sample to identify the track :))

You’ve mentioned you have done some teaching before? Do you have some ideas for what you might like to cover in your tutorials for our members?

Yes, as I mentioned, we established a local music production & DJ school (www.lfo.sk) and I learned A LOT during teaching. It’s very important to identify what people struggle with the most and find an easy way to explain it. This knowledge is really helpful right now. I’ll cover the process of how I make drums, maybe explain sound design with Serum and show a few ways how to make a particular sound, overall sound & mix, sound design & creative processes… There are plenty of areas which are desirable. So let’s see what will be in the tutorials 😉

Tough question, and we know it won’t be conclusive, but what are your top 5 D&B tunes of all time!?

This is a very tough question! I am not sure if this is all-time, but let’s take a look on 5 tunes that moved me in some way.

“Wow, drum & bass could sound like this?I love it. This is something completely different.”

I said this to myself….. This track overleaped drum & bass by a decade.

This track have been a next eye opener for me when it was released – pretty simple, clean and hi-tech. No excessive sound design, just smooth flow with amazing sound.

Vocal Sampling at it’s best on the legacy of 80’s house / disco.
I was not afraid to sample vocals anymore after I heard this….

Simplicity, darkness and GROOVE. This is not for everyone, but I love it so much. This is techno & dnb for me.

I wish I made this track. Love it. #technodnb 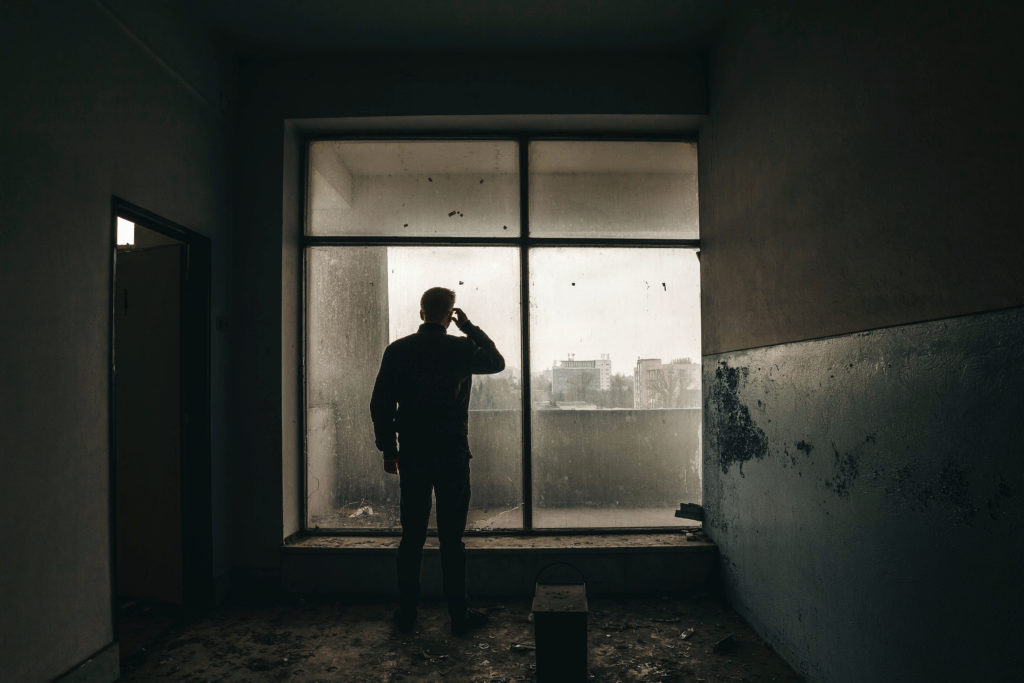